New Year’s Resolutions.  What a strange concept.  You choose to change something about yourself and you must start January 1.  It seems weird to me, or perhaps I’m the odd one.

I randomly quit smoking the second Monday in 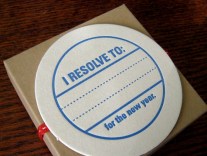 October.  I chose to work toward weight loss one day in November.  What do I know about a New Year’s Resolution reserved solely for the first day of the year?

Ok, I’ll admit, I did make a New Year’s Resolution ONCE.  In 2010 I resolved to wash my face each night before bed.  That was interesting.  Joey and I were staying in Homewood Suites in Anchorage, I went to wash my face before bed.

“Since when did you start washing your face?”

I responded the only way I knew how:

That’s right folks, and I’ve been washing my face every night since!  I’d like to say I look younger because of it, but I’m pretty sure this isn’t the case.  I haven’t noticed a decrease in acne either.  😦

Joey and I were discussing New Year’s Resolutions yesterday, and if I had time to keep up with one, I might resolve to try to say what people want to hear rather than what I know to be fact.  I wish that I could just be one of those people who smiles and lets others say whatever.

For instance:  Mason’s boarder in Anchorage is a cat expert. 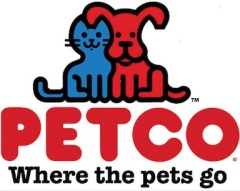 That’s cool, but I’m a Mason expert.  One time when we picked him up I told him that we would take him to the store (PetCo) since he was such a good boy.  The boarder flipped out and could not believe we would submit our cat to such torture.  The only thing is that Mason absolutely loves to go to the store.  He plays with toys, climbs on furniture, it is without a doubt one of his favorite pastimes.   My big mouth proceeded to tell her how much he loved it, and described the things he does.  If it were Joey, he would have said, “Oh yeah, maybe he doesn’t like it, good point.”

Joey was raised that way.  I was raised to say what I think.  In turn, Joey’s confrontational conversations are usually painless.  Mine go on forever as I attempt to redirect someone’s thinking.