Last week, within two minutes, two teachers asked me how to make snowflakes.  About an hour later, another asked.  After the third time, I got suspicious.  I asked her what was going on and if they had a meeting talking about my snowflakes.  She laughed and said they hadn’t, but that they all must have gotten curious at the same time, and wanted some classroom decoration.

I looked online for a tutorial to help them, but the only one I found showed making a 6-sided snowflake.  That’s cool, but I’ve always made 8-sided.  I know that really it’s supposed to be 6, but I do things my own way… I march to the beat of a very off rhythm drum…

So, here is my tutorial.  The end has a showcase of some of my all time faves!

Step 1:  You will need a perfect square.  To do this, make a 90* angle and remove the bottom portion.

Step 2:  Once you have cut the bottom off, this is what you will have left.

Step 5:  Cut the tail off.  If you cut it straight across you end up with an octagon.  I recommend doing something more fun with the end.  This not only cut off the bottom tail, it also cut into the edge.

Step 6:  Cut into the sides.  Make sure not to cut it all the way apart.  Get creative!  You can make circles, half circles, triangles, hearts, and really any shape imaginable here!  The more detailed the shape, the more awesome your snowflake will be at the end! 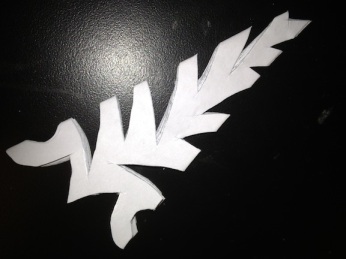 Step 7:  Unfold your snowflake and uncover your master piece!  I usually try to stick with one kind of design- either mostly triangle-like cuts or mostly circle-like cuts.  This one used both.

Wow!  You made it this far!  Are you ready for some totally awesome snowflakes???  The top two are my favorites!

So…  What do you think?  Which is your favorite?
Krystal*

Wow, Cee!  What perfect timing to have a “What’s new?”  Challenge!  I am in the middle of the first snow storm/blizzard of the winter!  Here in Alaska, we normally have four feet of snow by now, so it’s kind of a big deal for it to be so late!  The snow has arrived, and in some places it is above my knee!

Here are some pictures of snow on the porch.  I did not want to freeze my hands off in the wind!

I can’t wait to see what’s new for everyone else! 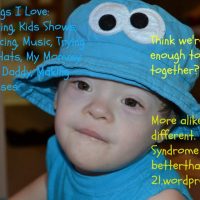